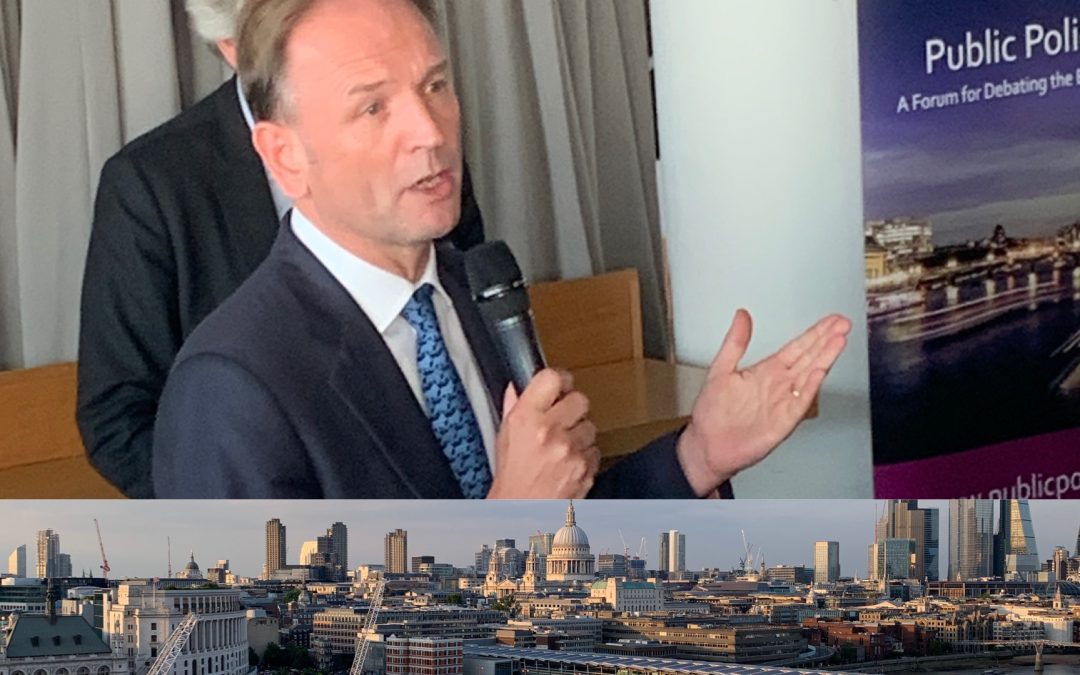 Alongside a beautiful sunset view, we got to hear from a great host of speakers. Hillary Hutton-Squire, Vice President of Gilead Sciences spoke about the need for innovation to be closely aligned with the requirements of the health system, stating that if companies failed to do so, there would cease to be the necessary trust required between providers and industry.

She also acknowledged that the NHS must appreciate industry constraints, and while showing value is essential, pricing must not stifle innovation in areas of unmet need.

Hutton-Squire was followed by NHS England Chief Executive Simon Stevens, who spoke on a range of issues. He said that while the Long Term Plan set out what needed to change, the focus now had to be on how this was done. He admitted that the NHS had to change how it operates as an employer, not just a care provider and expressed his relief that the “scar tissue” of the junior doctors dispute that took place under Jeremy Hunt’s tenure had settled.

Stevens also took time to answer questions from the audience. When one attendee expressed confusion over the role of the newly formed NHSX, he said that the organisation had partly been born out of local trusts making unwise deals – there was therefore a need to think more widely about the appropriate value of data to ensure the system was benefitting as a whole and NHSX has a key role to play in doing this.

Stevens was optimistic about the NHS’s use of technology, noting that the NHS is the first health system to deploy artificial intelligence for diagnostics and imaging. He envisioned this to be something that happened in the next 36 months, rather than in the next 5-10 years but also said that tech had its limits – cheekily adding that when he had asked his Alexa about the whereabouts of Matt Hancock’s Social Care Green Paper, it was unable to answer!