Matt Hancock champions the potential of HealthTech at APPG event 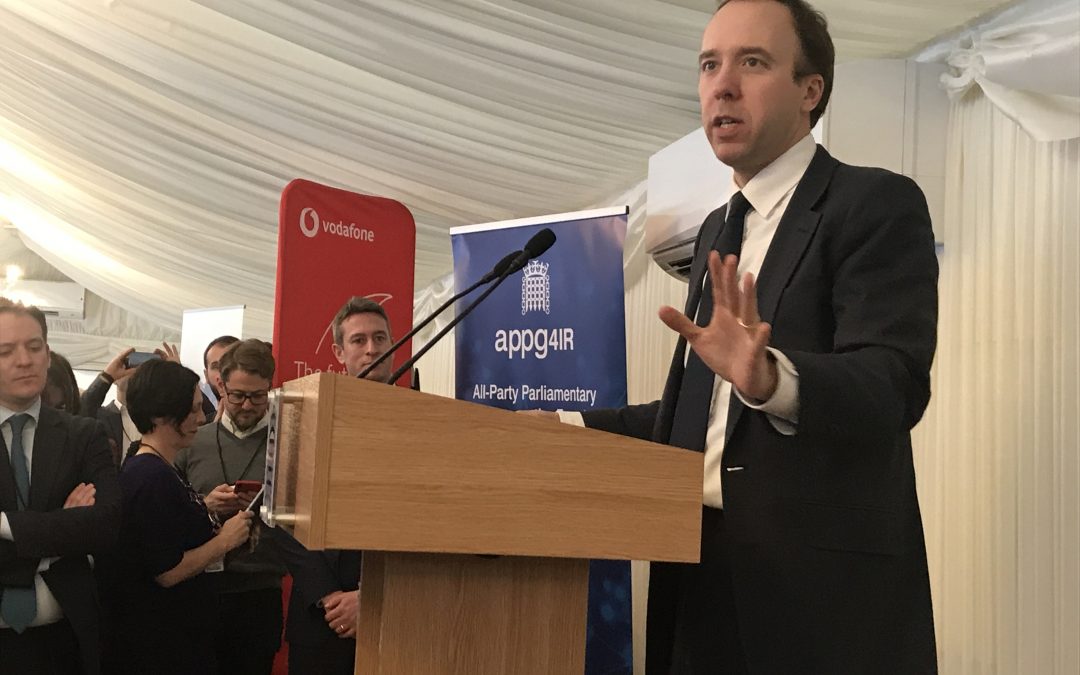 The Health Tech Alliance attended a Parliamentary Reception for the APPG for the Fourth Industrial Revolution (APPG4IR), hosted by Alan Mak MP. It brought together a range of industry leaders and health body representatives to discuss how healthcare and technology can be better integrated. Suitably, the keynote speaker for the event was the previous DCMS (Department for Culture, Media and Sport) Secretary and current Secretary of State for Health and Social Care, Matt Hancock MP.

Although lacking in any specific policy commitments, the Health Secretary’s speech was upbeat and cheery, a huge contrast to the dreary weather outside the Reception. Hancock began by stating that the current advances in technology will be looked back upon as the slowest period of growth in technological history, as technology improves the pace of growth will only increase. The Health Secretary therefore boldly announced that this made technology a bigger issue than Brexit and bigger than any current Government policy.

This theme resonated throughout his speech. He did not shy away from the hot issues facing health and technology at present and admitted that the Government must address the issues surrounding social media and its impact on mental health. He cited the importance of the Data Protection Act, a Bill that was passed whilst he was DCMS Secretary and highlighted the need to protect clinical data and to use it to save lives.

The conclusion of his speech was particularly welcoming to hear for the Health Tech Alliance. The Health Secretary finished by saying that he was determined to use the advantages of technology and data to help the NHS, and to ensure that the UK is the best place in the world to create and grow a healthtech business.