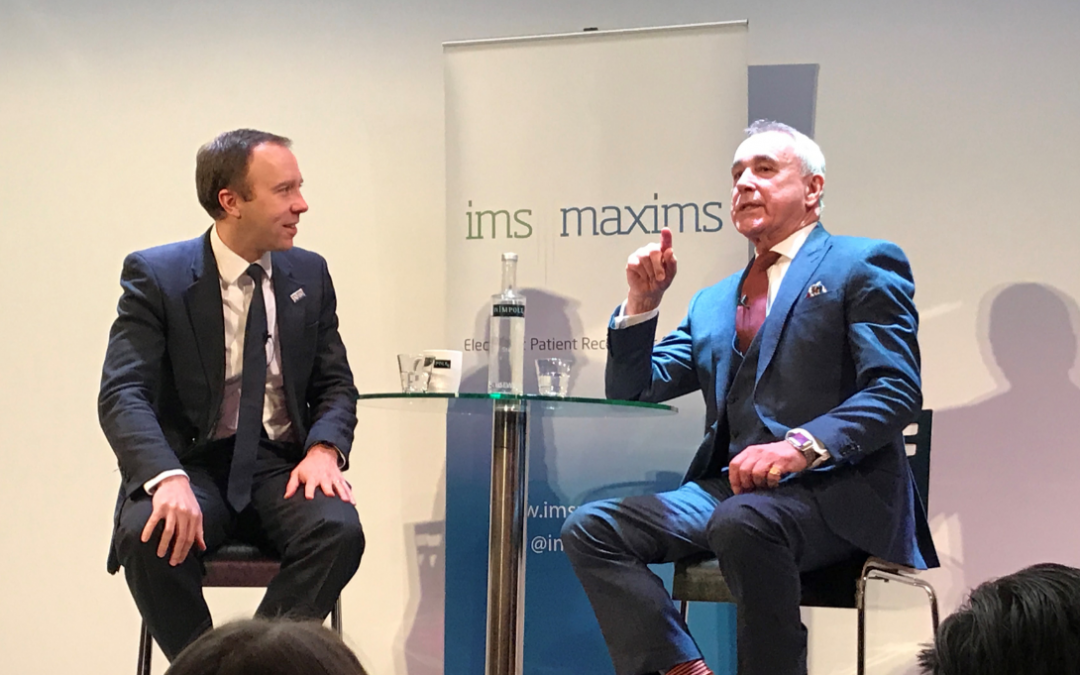 Earlier this week, Political Intelligence were invited to an exclusive event which saw Health Secretary Matt Hancock interviewed by health policy analysts and writer, Roy Lilley in front of a crowded room at the Royal Society of Medicine.

Hancock made clear that prevention in particular was central to the 10 Year Long Term Plan but also highlighted that the Plan is a wider ‘vision’ that does not go into the nuts and bolts of problems and solutions. He assured attendees that detailed implementation plans will follow soon in many areas.

Lilley pointed out that the £20bn funding settlement announced last year is not quite the ‘bonanza’ the Government described; so many trusts are currently in debt he argued, that the money provided will simply be used to cover this debt to which Hancock countered that a 5 year settlement should help overcome the very short pay-back period required to justify funding in the NHS. If products or services do not show returns in a year, they are simply not funded – he argued that such a system needs to end and the audience, which contained a number of health professionals, appeared to agree.

The Secretary of State was also critical of the number of pilots carried out by the NHS, stating that there should instead be a greater focus on rolling out innovations that are already proven to work across the system. On the subject of innovation, he was typically passionate about the role of technology and keen to highlight the opportunity for the UK to be a world leader in artificial intelligence and data use. He was also quick to defend his recently published Tech Vision from criticism, stating that it was clear strategy as well as an overarching vision.

On the subject of rumours around ‘NHS X’, a new digital unit that the Health Service Journal described as a ‘power grab’, Hancock told Lilley that governance of technology was split across so many teams and bodies, including NHS England, NHS Digital and NHS Improvement – he suggested that NHS X could provide a more cohesive approach to technology and more seamless delivery of new innovation. With technology still proving a clear focus for the Health Secretary, we the Alliance look forward to seeing how changes to the system will increase the uptake of transformative innovations across the health service.