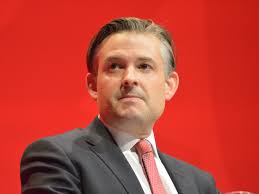 The Health Tech Alliance attended this week’s Labour Party Conference in Brighton. One of the key announcements was Shadow Health Secretary Jon Ashworth’s calls for the Government to supply an emergency £500m “winter bailout fund” for health and care services. During his speech, Mr Ashworth stated the extra money was needed to boost hospital capacities, enable the NHS to hire extra non-agency staff and progress the transfer of patients to social care. Labour’s calls for the fund were in response to looming concerns that the NHS was heading towards another winter crisis. The Shadow Health Secretary also criticised the Prime Minister’s lack of response to these concerns as part of a BBC interview, stating that ‘last winter, Theresa May stuck her head in the sand and refused to give the NHS the money it needed to keep services running properly’.

Jon Ashworth also stated that a Labour government ‘would stop the STPs [Sustainability and Transformation Plans] and integrate health and social care’, calling for a renewed approach to public health that protects people’s wellbeing. He also reiterated the party’s desire to scrap the Health and Social Care Act.

This pledge was the only major announcement directly regarding healthcare from the Labour Party Conference, but Shadow Chancellor John McDonnell’s proposal around PFI contracts has also sparked discussions on how these changes would affect the NHS. On Monday, Mr McDonnell stated in his speech that ‘Labour will sign no new PFI deals’ and that Labour intended to bring staff and contracts back ‘in-house’ when they next form a Government. He went on to say that PFI contracts have ‘resulted in huge long-term costs for taxpayers, whilst handing out enormous profits to some companies’. Labour has so far given little detail on the proposal, but critics have speculated about the potential high cost of buying out the PFI contacts within the NHS. On Tuesday however, ‘Jon Ashworth reassured that only a ‘handful’ of hospitals had a problem and that some deals would need to be renegotiated or reviewed.