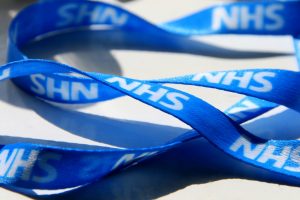 Tuesday saw a number of interesting health stories, including the release of the annual State of Care assessment from the Care Quality Commission (CQC). The report found that an ageing population and an increased number of people with complex or chronic conditions are among the many factors placing health and social care services in England under immense pressure. In particular, bed occupancy is consistently above the recommended maximum of 85% and between January to March 2017, it was the highest ever recorded at an average of 91.4%.

Despite growing concerns about the strain that NHS staff are under, the report did acknowledge the transformative role that new technology has played in improving health care services and providing patients with a means of maintaining their independence. The report states that ‘technological innovation offers an opportunity to drive improvement in healthcare services and to offer more convenient access for patients to advice, treatments and medicines.’ The report stressed however, that ‘the challenge and opportunity for innovators is to embed safety in new ways of working and collaborating’. You can read the full report here.

Yesterday also saw Health Secretary Jeremy Hunt tell the House of Commons that although the cap on pay rises for NHS staff has been’ scrapped’, this change could be linked to productivity. His answer came as a response to Warrington North MP Helen Jones, who asked whether a rise would be funded through further cuts to services, to which the Health Secretary replied: “That is something I can’t answer right now because the latitude the Chancellor has given me in negotiating future pay rises is partly linked to productivity improvements”. Mr Hunt did not say whether he expected future pay awards to be at or above inflation.

However, hours after Hunt’s statement in the Commons, Simon Stevens, Chief Executive of NHS England and NHS Improvement Chief Executive Jim Mackey both told the committee that staff pay rises would not be able to come from within the existing funding settlement and would require ‘additional funding’. In reference to the Autumn budget, Mr Stevens also noted that “Decisions taken on 22 November will determine the shape of the NHS next year and the year after.”