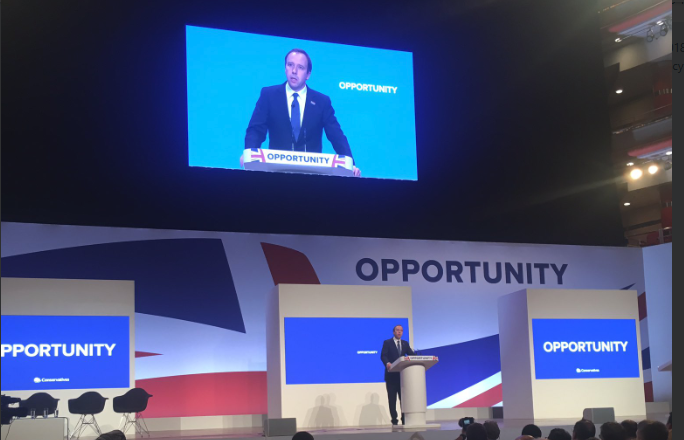 Following a number of new health policy announcements from the Labour camp, the Conservatives outlined several new funding pledges and initiatives as they used their party conference to announce a number of domestic initiatives following months of focus on Brexit.

Health Secretary Matt Hancock made an impassioned speech to attendees, stating that the NHS ‘deserved better’ technologies and said he hoped to move the health service away from outdated fax machines and clipboards. He admitted that introducing new technologies “can be bumpy” and that while no technology is perfect, he was adamant that this was a reason to work to improve it rather than dismiss it. He also told attendees at the Health and Care Forum that his department had “learnt the lessons of past failures” when it came to large-scale tech projects within the NHS, with failed IT system projects in particular, costing the tax-payers billions over the years. He announced an expansion of the 100,000 genomes project, saying the NHS will sequence one million genomes within five years.

His key announcement however, was an extra £240 million towards social care packages this winter. The money will be used to enable better out-of-hospital care to free up hospital beds but he acknowledged that money alone is not enough and reiterated the ongoing long-term plan currently being drafted in conjunction with NHS England.

Theresa May’s speech saw the announcement of a new cancer strategy that will see the age for bowel screenings reduced to 50 and new rapid diagnostic centres to help people get treatment quicker.  Funding will be drawn from the funding settlement announced in June to celebrate 70 years of the NHS. The move was welcomed by health charities, as the UK’s cancer survival rates lag behind other European countries.