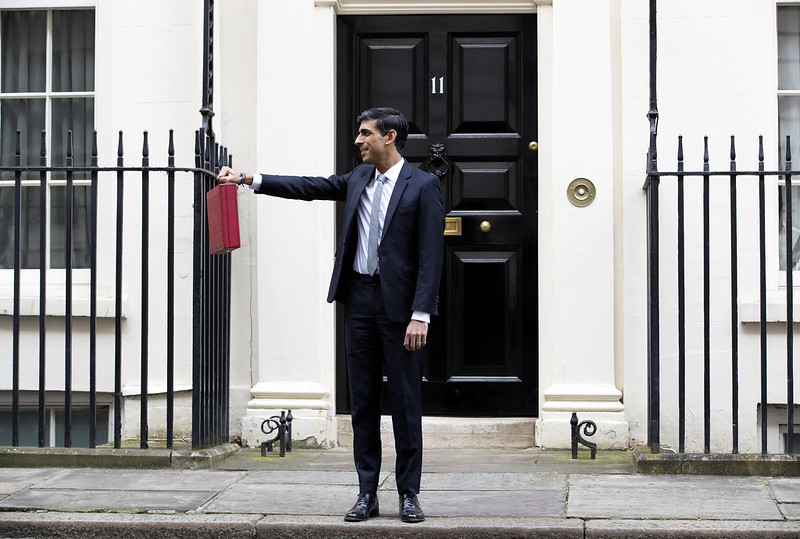 The Autumn Budget and Spending Review felt fairly anticlimactic with the majority of the health announcements being briefed to the press ahead of Wednesday – a move that did not go unnoticed by the Deputy Speaker of the House – or announced weeks ahead of the Budget, as was the case with the Health and Social Care Levy. The Chancellor was full of optimism following the OBR’s recent predictions, allowing the Government to increase departmental spending by 2024-25, with healthcare spending reaching £44bn by the end of this Parliament. However, whilst the Budget was delivered by the Chancellor, it became clear that it was one which was guided by the Prime Minister. Increased spending and higher wages reflect Johnson’s approach to economic recovery, rather than Sunak’s ambition of reducing taxes and the size of the state. Not to mention the extensive airtime given to alcohol duty, considering Sunak himself does not drink.

In general, this funding has been well received by the health sector, considering the numerous calls for further investment in the sector to allow for Covid recovery. However, criticism remains that this will still not be enough to adequately address the problems facing the NHS – notably the expectation of a heavy winter and Covid backlog – along with other areas such as public health and social care.

Below is some of our key health-related takeaways from this week’s settlement.

Additional funding: Is it enough?

Further investment in the health sector was unavoidable, with the ever-rising demands on the NHS created by a Covid backlog totalling 5.7 million and an extensive workforce shortage. The ability to increase health spending largely came from the Health and Social Care Levy, announced weeks before the Budget, paired with the OBR’s prediction that this levy will provide more funding that initially predicted by the Government. On top of this, the Budget confirmed £5.9 billion in new capital funding for the NHS to support elective recovery. This will specifically target increasing diagnostic capacity, digital infrastructure upgrades in hospitals and other care organisations, new surgical hubs, increased bed capacity, as well as new and upgraded hospitals. While the Chancellor struck an optimistic tone when unveiling seemingly large sums for the health service, the Health Secretary Sajid Javid said its “impossible to know” whether the funding will bring down waiting times. Dr Layla McCay, Policy Director at NHS Confederation, said while the new spending would “go a long way”, greater investment is required to “properly restore services” following the pandemic’s profound disruption.

The decision to maintain public health spending at its current level in real terms drew criticism given the immense pressures these services face combined with the decade of cuts they experienced between 2010 to 2019, which left them ill-prepared for the shock of the pandemic. The Health Foundation hammers home this point, arguing the public health grant is key for delivering crucial preventative services. Local health services need £1.4bn to recover from years of austerity, according to the Centre for Mental Health.

The absence of a workforce plan

Many across the health and care spectrum, including NHS Confederation, Nuffield Trust and the Health Foundation, have commented that it was disappointing to not see more strategic investment into addressing the workforce crisis, stating that this will be the pillar to transforming the NHS. While the spending review pledges to “provide hundreds of millions of pounds in additional funding” to ensure a bigger and better trained workforce, it does not set out specific allocations and makes no mention of any annual budget details for Health Education England. Jeremy Hunt goes so far as to calling the omission of a workforce plan the “biggest unfinished business” in the Budget. The extra funding announced will “unravel quickly” if we do not train the extra doctors and nurses needed, he argues.

Charles Tallack of the Health Foundation says new money for technology and buildings, while crucial, is of “limited value” without the additional staff. Moreover, creating a cultural change within the system and improving the ways that health staff work will be catalyst to further change and making the NHS more sustainable and innovative. However, it is believed that this will struggle to come into fruition without a robust long-term investment plan.

The HealthTech sector specifically welcomed the ‘largest ever health-related R&D uplift’ of £95m to the Office for Life Sciences. The purpose of this funding is to deliver the Government’s Life Sciences Vision, which includes addressing “systemic barriers to the access and update of cutting-edge innovations in the NHS”. This was a relief for many considering fears ahead of the Budget that the previous commitment to increase R&D funding would not materialise. It is hoped that this investment will spur further adoption of science and innovation within the health system that has been seen as one of the key lessons from the pandemic.

Largely the Budget was viewed as a step in the right direction but underwhelming considering the impact that the pandemic has had on the NHS’ capacity and the current workforce crisis.